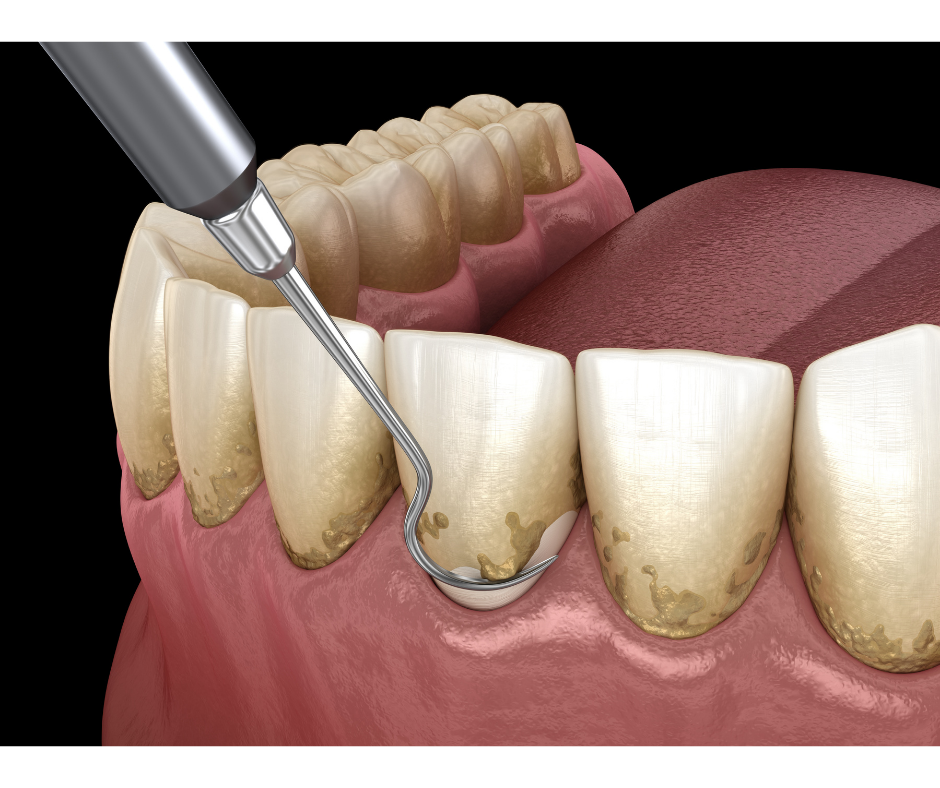 Periodontitis, also known as gum disease, is a preventable infection that can damage and destroy teeth to the point of tooth loss. It begins with the buildup of plaque and tartar from oral bacteria. Warning signs to look out for include bleeding gums, receding gums, swollen gums, and even the loss of teeth. Luckily gum disease is treatable and can be detected by your dentist even in early stages. If left untreated it can lead to serious health concerns such as a risk of stroke and heart attack.

Gum disease is broken down into three stages of varying severity: gingivitis, periodontitis, and advanced periodontitis. At the stage of gingivitis, inflammation causes the pockets formed by the gums around the teeth to expand. This space between the teeth and gums can be measured by your dentist to determine the scope of damage. If your dentist measures this space to be over three millimeters, this leaves room for further complications.

When gingivitis becomes periodontitis, prolonged exposure to plaque and tartar create even greater space between the gums and teeth. At this stage bone loss has begun and the gums bleed easily.

The final stage is advanced periodontitis where bone loss could be severe. The gap between the teeth and gums has allowed bacteria to slip all the way to the socket and roots of the teeth. At this stage the prevalence of bacteria loosens the tooth from the bone and immediate treatment is necessary to prevent the loss of teeth.

In the early stage of gum disease, treatment could be as simple as having your dental cleaning more frequently. This allows your dentist to remove the tartar before it has a chance to cause serious damage. As gum disease progresses, deeper cleanings, called dental scaling, are necessary to remove plaque and tartar that has made its way deeper under the gums. With the use of anesthetic, this should feel no different than a typical cleaning. In some cases, a device similar to a tooth whitening tray is used for medication to penetrate deeper under your gums. In more severe cases, laser or oral surgery could be necessary to eliminate the damage caused by the bacteria and treat the receding gums.

HOW WE CAN HELP

From routine cleanings to fillings and bruxism devices, Dr. Mercado is equipped to handle all your dental needs. Click below to browse our services.

Welcome to our practice. Let’s get familiar! Streamline your dental visit by viewing our location and learning about the practice.

Find out if we accept your dental insurance and explore different payment and financing options.